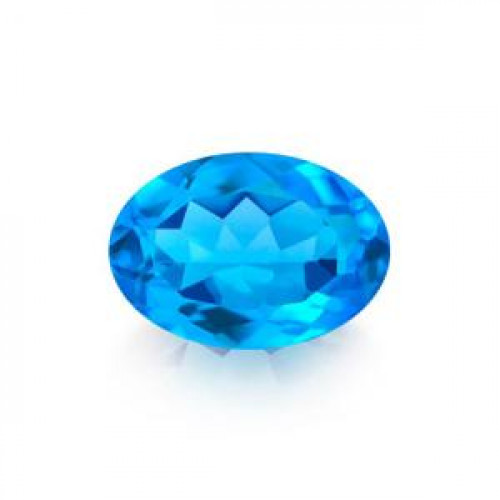 Apatite is a very common mineral, but transparent gemstone-quality apatite is extremely rare. The name apatite was derived from a Greek word meaning 'cheat'. It was given its name because of its close resemblance to several other gemstones that are often more valuable. Apatite is found in a number of places in the world, including Myanmar (Burma), India, Kenya, Brazil, Norway, Sri Lanka, South Africa, Mexico, Canada and the United States. Madagascar is known to produce a neon blue-green material that is highly desirable. A rare variety is a rich purple apatite from Maine. Connoisseurs often seek out rare colors such as Paraiba-like blue-green apatite or leek-green apatite, which is known as 'asparagus stone'. Deep purple, violet and reddish specimens are also sought-after.