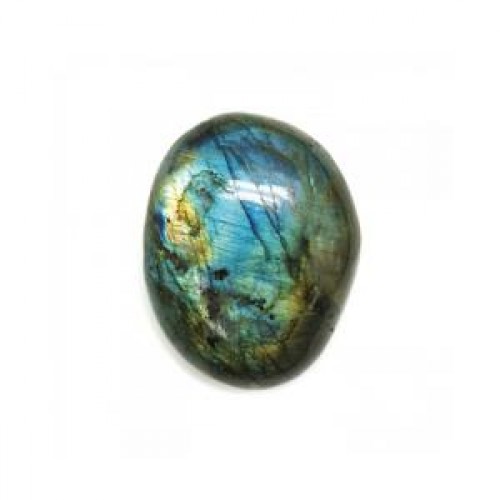 Have you heard of Feldspar before? Did you know that it makes up nearly 60% of the earth’s crust? That makes the feldspar the most common mineral in the world! And it comes in several varieties.

Sunstone is famous for its aventurescence, which is an optical reflectance effect. The intensity of the effect depends on the size of inclusions in the stone, which are made of hematite or goethite.

Typically, the sunstone is orange to reddish. And because of it spangles, it reminds of the sun, hence why it is called “sunstone”.

The main points of origin are India, Canada, Madagascar, Norway, Russia and the US.

The labradorite has its own optical effect: labradorescence. That means that you see a white or bluish light when you turn the stone, which is the result of how the light diffracts in the rock layers.

The most highly valued labradorite? The one that shows the full color spectrum of course!

Fun fact: the gemstone is named after the Labrador region in Canada, where it was first found in 1770. Its other sources are Finland, Madagascar and Australia.

The moonstone is a transparent to opaque gem. Under certain lighting conditions, it displays a distinct sheen. And this sheen is exactly what makes the moonstone one of the most remarkable gemstones available. The bluish white shimmer looks like that of the moon, hence why it is called the moonstone. This phenomenon is called adularescence. Its major sources are Sri Lanka and India.

Do you want to shine even brighter than the moon? Browse through Laurence’s collections or book a private appointment to find your own unique, refined piece of shimmering luxury.